I am a 49-years-old MD and senior phycisian at the National Institute for Health and Welfare.


I am a Candidate of the Green Party in Helsinki in the municipal elections on April 9, 2017. I have been a Member of the City Council for 20 years. At the moment I am the Chairman of the Board of Education. I also hold the membership in the following other boards: the Association of Finnish Local and Regional Authorities, the Finnish Regional Councils, the Helsinki Festival and the Foundation for Student Housing in the Helsinki Region sr (Hoas).

I want to make Helsinki a better place for its citizens, businesses and visitors. I master the big picture and the negotiations the realization of it require. I pledge to orientate on all sides of the matters at hand, to promote equality on municipal decision-making and to use my best judgement in all decisions of the City Counsil. In the era of large-scale and complicated reforms, I feel I have a lot to offer to both Helsinki and its people.

The main themes of my campaign are Healthcare Reform, Accommodation and Education.

Use your vote* and make a difference. 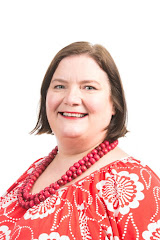